It's the challenge you didn't know you needed! 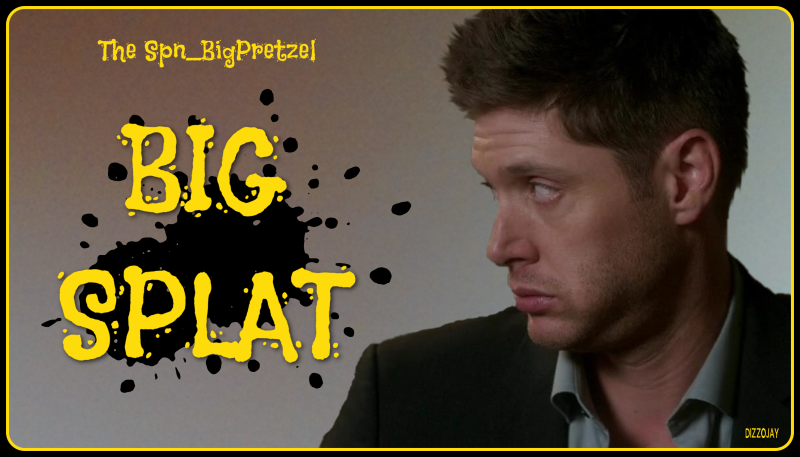 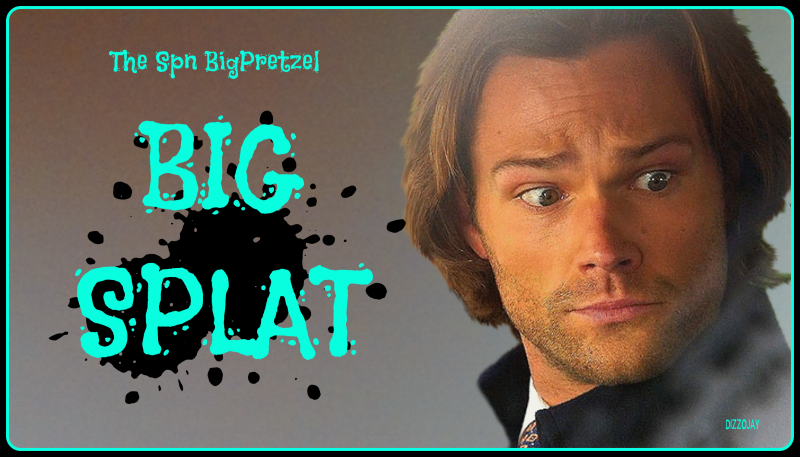 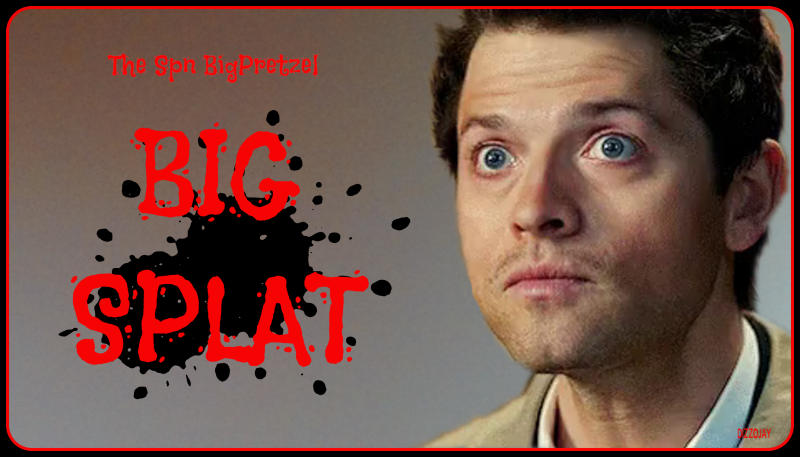 So I've signed up for SPN Eldritch again this year:


No idea what to write for it yet, I'm still figuring out what I'm going to do for Summergen: 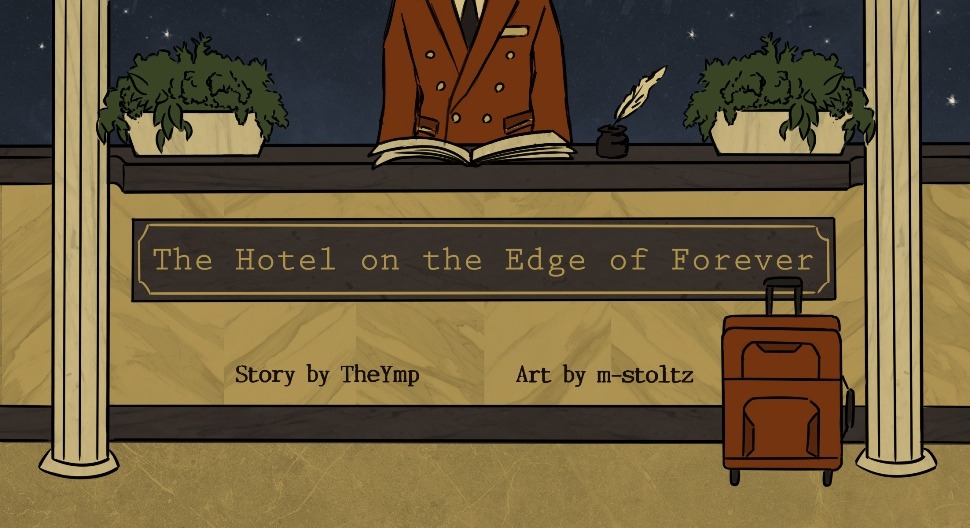 Title: The Hotel on the Edge of Forever

Summary: A text from Castiel summons Sam and Dean to an imposing hotel, ruled over by the mysterious Concierge, where the line between nightmares and reality is tenuous, and nothing is quite what it seems.

Original Prompt: Sam is working his way through the legacy Rowena has bequeathed to him. He finds a mirror that connects him with...?

Synopsis: When Sam brings home Rowena's "affirmation mirror", he finds the reflection it casts is every inch as fabulous as the ornate design that frames it.

Gingerly tugging on one of the nails to test it for strength, Sam cautiously hung the mirror on the wall. It was hardly a grand transformation, but he had to agree that it certainly lent something to the otherwise drab and utilitarian room.

"Dull and functional, just like me," sighed Sam, unashamedly feeling sorry for himself, gazing at himself unhappily in the mirror. Sometimes it was good to wallow. Dean had a strict rule that the only person allowed to speak ill of Sam was Dean himself – not even Sam was allowed to be critical. He supposed it was sweet if somewhat smothering.

"Well, shame on you!" cried Sam, his eyes widening in shock at the unbidden and unexpected words flowing from his mouth. Words that were equally mouthed by the reflection in front of him, but whose movements now no longer conformed to Sam's own. "A tall streak of hot, salty goodness like you has got no damn reason to be down on yourself!"

What a wonderful Christmas gift! (Shame it cost your soul).
Liked the EFKD and Naomi and the angels - sound like bands!
Loved the little hints of Deamon/Crowley... poor wistful Crowley!
And Crowley for President... well, there’s something else to look forward to for next year ! ;-) /s

As Tiny Tim (Jack?) would say "A Merry Christmas to us all; God bless us, every one!"

It was wonderful to catch-up. Can’t wait to do it again, hopefully soon! Jack found Sam when he stepped out on the porch of the holiday cabin they were renting. They stood shoulder to waist for a moment as they watched the increasingly bizarre proceedings in front of them.

"What's Dean got in his hand?"

"Saran wrap," replied Sam as if this alone answered all the questions in the universe.

"Okay..." said Jack, with an increasingly puzzled frown. "But why he's using it to chase after Castiel?"

"Because he wants Cas to go swimming with him."

Jack shuddered. "Ooh, I hate how that makes my wings go all frizzy."

"I know, that what Cas said," snickered Sam. "But I may have mentioned to Dean how I used to shower when I had my arm in a cast."

"Ah!" replied Jack with sudden understanding. "Castiel runs quite quickly though, doesn't he?"

"You're on," snorted Jack as they both settled down to watch events unfold.

Sam could see the large, cool glass of water waiting just ahead of him. Droplets of condensation glittered in the bright, golden sunlight that shone from directly overhead. He smacked his lips and reached out with one hand, then two, before stretching out both with all his might.

A hand landing on his shoulder jolted him awake from his dream, the small rowboat he was lying in swayed alarmingly under the sudden motion. He blinked, screwing his eyes up against the harsh glare of the sun that beat down on them mercilessly.

"You were crying out in your sleep," explained Dean apologetically, wincing as his parched lips cracked from the effort of speaking.

Dean shrugged, his eyes hollow pits of despair. "Yeah, all around us, but not a drop we can drink."

"The Great Salt Lake's one of the most saline inland bodies of water in the world," said Sam in his lecturing voice, while still looking somewhat crazed.

"You're such a nerd, said Dean with an affectionate tone. He sighed. "I'm so sorry, it was my dumb idea to hire a rowboat. I just wanted to get you out of the bunker and some fresh air in those lungs." He rubbed his stomach absently as it rumbled, but they'd already eaten their remaining provisions earlier when the gnawing hunger had grown too much.

There was a formula for times such as these, so Sam pulled his brother into a firm bear-hug. Despite the strong emotion, he still found himself distracted by the potential moisture content of the single perfect tear that rolled down Dean's cheek.

He was interrupted by the roar of an onboard motor and a hearty greeting as a boat drew up beside them. It was Dave, the guy that had rented them their rowboat.

"You seemed such confident rowers went you set off," said Dave remorsefully. "It was only after the seventh time I saw you go past in the same direction that I realized you might be in trouble."

Sam grabbed the proffered bottle of water and guzzled it greedily, before remembering his manners and passing the last remaining third to Dean with a shamefaced expression.

"Thanks. How long were we stranded out here?"

"Er... about three hours," replied their rescuer, trying his best to hide his smile.

Okay, so I've gone and signed up for another one (as an author), before finishing the one I'm on... 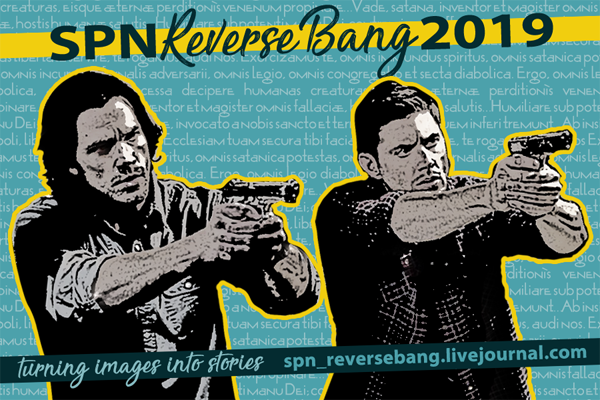